Mentoring and Menopause in the Workplace

Menopause in the Workplace: The Missing Life Stage in our Conversations.

“I’m 46 and I felt so unprepared and shocked when it happened.”

“The silence – it’s the worst thing, especially when you get to the top of organisations where the percentage of women is low.”

These comments, which emerged from interviews I conducted late last year with 25 Australian working women, made me realise I had stumbled upon a workplace taboo that no-one was talking about, aside from jokes and euphemisms.

The topic? Women’s experience of transitioning through menopause in the workplace. My interviews were with women who said they felt challenged by the symptoms to some degree.

‘Embarrassing’ and ‘isolating’ were the most commonly used words to describe the experience, and the worst aspect was ‘having to carry on working regardless of how severe the symptoms were”, “behaving as if there’s nothing to see, nothing to hear.”

Why aren’t we talking about this natural life stage that half of humanity experiences?

“I don’t feel it’s something I can talk about openly without experiencing discrimination.”

As a workplace wellbeing advisor, with 25 years’ experience in health promotion, I know that discrimination and isolation have devastating impacts on wellbeing. In contrast, supportive relationships are the number one determinant of wellbeing, according to the Australian Unity Wellbeing Index, and in the workplace, they are one of the most potent buffers against workplace stress.

The relationship between mentor and mentee is all about support. If workplace mentors were educated about menopause, might this not only enhance women’s wellbeing, but also advance the practice of mentoring itself?

Here are some possible ways it could:

On the whole, ageism and sexism are alive and well in workplaces and our culture at large, and menopause brings associated negative stereotypes to the fore.

“There is an unconscious bias that menopause means you are going into the last stage of your career.”

“There is a perception in society that you have done your time, you are used up, not fertile, not young, so your value diminishes.”

If male and female mentors examined their unconscious bias related to mid-life women, this would help liberate mentor and mentee alike.

Menopause in the workplace is likely to affect many mentees at some stage, to some degree. Seventy eight per cent of Australian women aged 45 to 60 are in the workforce. Menopause typically occurs between the ages of 45 and 55. About 50 per cent of working women say menopausal symptoms make work more difficult, so menopause could be directly impacting your mentee’s ability to achieve her potential.

As in the case of mental health, well trained coaches and mentors learn how to pick up the signs of mental illness and refer on for help if needed. They are trained, not to diagnose, but to feedback the changes they are noticing, and ask the person if they are ok. The same could apply to menopause, should symptoms interfere with a mentee’s workplace performance.

Alert you to a window of opportunity

While this life-stage can be disruptive, it also presents a rich opportunity for sifting, sorting and clarifying what needs to change in a woman’s life. Some women also talk about a growing steadiness, authority and sense of liberation as they grow into their more mature selves. These gifts don’t necessarily come automatically, but can be reaped from consciously exploring this life stage, rather than burying it under the guise of ‘performance as usual.’

“It was a time when I needed to crystallise what I was doing and get clear about – what do I want to carry forward? What’s important to me?”

There is debate about this. Some women say they don’t want the issue raised in workplace contexts, not just because of the personal nature of the topic, but also because they fear it will feed more discrimination against women. However, when I asked my interviewees, ‘What would make the biggest positive difference to your experience as a working woman?’, resoundingly, every woman said: To normalise menopause in the workplace! Talk about it. Bring it into the mainstream.

“If we could normalise this life stage, and see it as utterly part of the cyclical nature of life, then women could feel much more empowered, more able to claim all parts of us.”

Thea O’Connor is a wellbeing and productivity advisor to workplace leaders and teams. She is creator of The Change – a confidential online program, empowering working women through menopause.

[1] * all italicised quotes come from women interviewed by Thea for her Women, work & menopause research. 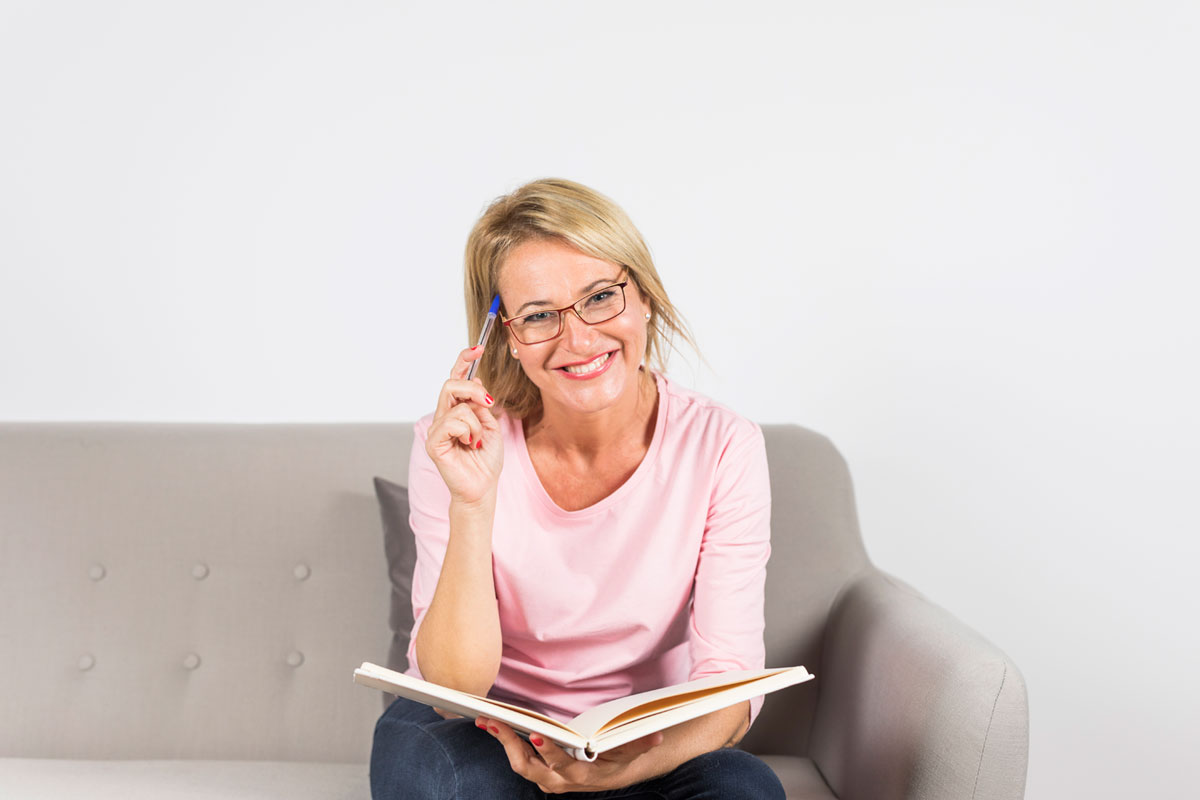