In February 2014, Toyota Australia announced that it would close its manufacturing by 2017. As part of the resultant restructure, it was subsequently announced that Toyota would consolidate its head office, requiring the relocation of the entire sales and marketing team from Sydney to Melbourne.

This is corporate change of epic proportion. Sales and marketing staff, many of whom have worked for Toyota for over a decade, needed to internalise a change to the very character of the company and at the same time make critical decisions about their own lives and careers.

Corporate Manager National Fleet and Strategic Services, Deborah Bacon and Corporate Manager Dealer Business Solutions & TUNE, Naomi Bryant, recognised the risks involved with a change of this proportion. Toyota could neither afford the productivity drain associated with simmering fear and discontent, nor to lose its high value performers in one fell swoop.

Toyota had a strong program in place to assist with job search once a staff member made the decision to follow a career path outside Toyota. What was lacking was support in reaching a life-altering decision and managing the resultant transition.

Deborah and Naomi had both been involved in a 2007 mentoring program that Art of Mentoring ran for Toyota to address diversity issues. They recognised that mentoring was a powerful connectivity tool that could provide meaningful support to employees in transition. They also saw mentoring as an added value offering for high potential employees that might help to cement their relationship with Toyota.

They asked Art of Mentoring (AoM) to create a mentoring program to achieve the core objectives of employee transitional support and value add.

Art of Mentoring designed a face-to-face mentoring program that focussed on connectivity and career development.  The program was fully managed by AoM, but Deborah and Naomi played a key role in selling the idea internally.

One might expect that it would be difficult to gain management buy-in and to enlist mentors given the timing of the program. It would be easy enough to be distracted by the magnitude of the change taking place.

Deborah and Naomi prepared a briefing paper for the Directors of Sales and Marketing and succeeded in gaining top level buy-in. “We were fortunate to have had so much success with our 2007 program, so senior management understood the potential of mentoring,” said Deborah.

The pair also campaigned internally to secure qualified mentors. Naomi explains, “We tried to avoid divisional managers because they had to manage the transition. We asked Level 2 and 3 managers who had been here a long time and we knew were good role models.”

Deborah and Naomi were themselves dealing with the repercussions of internal changes. Both in senior sales positions, their focus needed to be on working closely with their own teams. It was agreed that overall management of the mentoring program would be outsourced fully to AoM.

“Melissa understood that Naomi and I have limited time and she just went on and did it. She really understood our objectives and adapted things to suit,” said Deborah.

Match Based on Experience

Senior managers were matched with more junior, usually younger, managers. One interesting aspect of this program was that both mentors and mentees were on the same journey. Both had life-changing decisions ahead of them. The mentoring program was structured to enable less-experienced managers to leverage the experience, wisdom and networks of more senior managers.

Too broad a gap in seniority and experience could lead to communication problems. The program was made available to participants at all management levels (1-5), but pairing was kept to a maximum of two levels apart.

AoM adapted their training programs to incorporate materials from sister company, Horizons Unlimited’s, Harness Your Talent program, which helps individuals take charge of their own careers.

As usual with an AoM program, mentors and mentees each undertook a group training workshop to clarify program expectations and demonstrate key skills for getting the most out of the program. This training was overlaid with exercises and tools designed to help participants see their career options more clearly.

The mentoring program commenced in July 2015 and ran until May 2016. Toyota required a decision on whether to move to Melbourne or exit the company by November 2015. So essentially the program was divided into two parts around this deadline.

The first four months focussed on supporting the decision-making process. A follow-up workshop and participant survey were held in November 2015 to assess program effectiveness and re-energise participants for the second phase.

The period from December through to the conclusion of the program focussed on supporting transition, whether that was leaving Toyota, or moving to a new city.

A final participant survey was conducted at the end of May 2016 to reassess program effectiveness and identify key learnings.

Mentoring can be a powerful change management tool

AoM has long advocated that mentoring is a tool that can be honed to meet specific business objectives. This case clearly demonstrates that a well-designed mentoring program can help to manage disruptive organisational change.

“We were all going through a difficult set of circumstances, and the mentoring program provided a good connection point,” said Naomi. “The program helped participants to make a decision.”

Perhaps most telling are the results from the annual staff survey in October 2015. With the closure looming and sales and marketing staff focused on deciding whether to stay or go, one would expect disengagement from the organisation. Yet the department’s survey scores for engagement actually increased slightly versus year ago levels (75 versus 74). At the height of disruptive change the team continued to feel a part of the Toyota organisation.

Mentors might have been forgiven for choosing to focus on their own career decisions, rather than helping more junior colleagues to negotiate corporate change. However, those managers who agreed to participate in the mentoring program have gained an invaluable skill-set to carry through the remainder of their career, whether with Toyota or elsewhere.

“We had to do a bit of badgering to enlist mentors,” remembers Deborah. “But this program has helped the mentors as much as the mentees.”

An amazing 31% of mentors identified the mentoring program as “one of the best things I’ve ever done.” This, despite the fact that mentors were themselves embroiled in difficult career choices.

“Mentoring people through change is an important skill to develop. It will make the organisation stronger when we face the next change,” said Naomi.

Pleasingly, many mentors said they would like to be a part of the next program. Not only is this a strong indicator of the personal value the mentors derived, it is also a sign that Toyota are building a strong mentoring culture amongst its management team.

Outsource to the experts, but focus on buy-in and recruitment.

AoM works with clients in a number of capacities, ranging from provision of self-serve mentoring training materials right through to fully outsourcing program design and implementation. In this case the decision to fully outsource the program enabled AoM to create a bespoke program, laser-focussed on the needs of the organisation at a time of upheaval. It also freed internal management to focus on their own decisions and organisational objectives.

However, the initial internal work to secure top management buy-in and to enroll a strong cadre of mentors was critical to program success. The efforts of Deborah and Naomi in identifying good role models, and meeting with these mentor candidates one-on-one in the early stages of the program, increased the value of the program for both mentees and the organisation as a whole.

Based on the success of this program, Toyota launched a second program which ran from August 2016 to May 2017, leading up to final office closure in December 2017.

This program differed slightly from the first as all participants had decided whether or not they would be staying with Toyota. Thus the entire program focussed on supporting transition, whether that was shifting offices within Toyota, or moving to a new organisation.

Positive word-of-mouth from the initial program guaranteed strong interest from a new round of mentees. Many of the mentors from the original program volunteered again, providing a solid base of mentoring expertise.

[1] One pair finished early due to changed circumstances.

Art of Mentoring can help any organisation launch, run or evaluate a mentoring program. For more information please contact us. 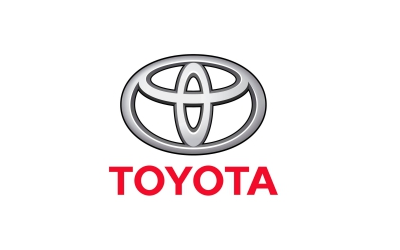